We'd Love To Hear From You!

Integrating IT and its trends with the business has undoubtedly become necessary in order to stay competitive and thrive in such as a volatile market. For RMCOCO, this was exactly the problem. They had a website that complemented their offline store. However, due to the software being outdated and lack of a dedicated team that could manage the software, the online store was not able to generate much revenue. It was almost like technology was reversing its promise for the business. Wanting to change the game for RMCOCO, the CEO approached The Workshore in 2014 with the goal in mind. The Workshore was certainly ready to do what it needed to help RMCOCO become a successful business in the online world.

First thing was first. The Workshore built a team of dedicated experts who would be working on the development, design and overall management of the online store. Having done so, the team was then explained thoroughly about what they needed to do to help the store become better. Over the course of twelve months, the website was rebuilt. From frontend to the backend as well as the integrations, every task was executed in a transparent and productive manner. In between the designing and development, changes shared by the RMCOCO team were also taken care of while ensuring the whole project was going live on time. 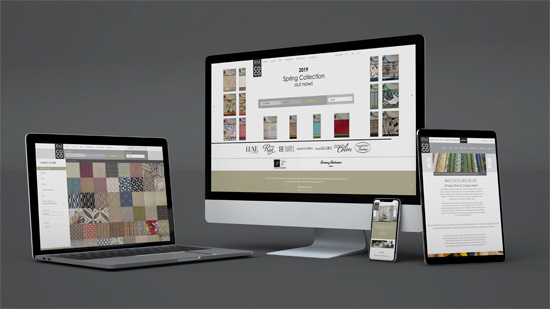 When the website was finally relaunched, RMCOCO began to see their store growing the way they had anticipated. For the RMCOCO team, a lot of their processes such as order and inventory management were now automated. As for the customers, they could be seen having a much smoother experience while being on the store.

The quality of the online store’s design, coding, and integrations allowed the maintenance and troubleshooting to become easier as well.
All in all, the right use of technology could be seen impacting both the business and the customers in a positive way.

Since the relaunch of the website, we have continued to be an offshore team for RMCOCO. While carrying out troubleshooting and maintenance related activities, our team also is actively involved with enhancing the store. As RMCOCO plans on consistently leveraging technology for more growth, we are honored to be their offshore team which helps them achieve it all.

For almost half a century, RM COCO has been a world leader in trading fabric, trim, hardware and furnishings with a superior custom workroom to bring a beautiful design to your life. Headquartered in Cape Girardeau, Missouri, the company has several showrooms spread across the world.

“We were referred to them from another business here in the United States and we’ve found that there are absolutely no barriers to working with the wonderful overseas development team. With our own offshore team we have successfully launched new software, and to incorporate logistical enhancements on existing software. They can do it all!”

Whether you want to work with us or just want to say “hello”, we’d love to talk!